The Trillium Project Residency left me with a camera full of images and a head full of things to ponder (click here for a look at the sketchbook journal I did during the residency, and more about the project itself.) So far those have evolved into two paintings – not Plein Air, mind you, because logging trucks (aka flying dragons) and artists sitting in the gravel at the side of the road don’t mix well!

The first one was inspired by an abandoned rusty bike on Shot Pouch road, just west of the cabin.  I suspect that the bike may have had a close encounter with something on bigger wheels, the rear tire is actually wrapped completely around the back part of the frame… but the handlebars are pointing out over the spring greenery of the meadow in such an optimistic attitude.  Bittersweet.

The second was painted from a photo I took just outside the community of Harlan, up the road a piece from Burnt Woods and Shot Pouch road.   Harlan is one of those Oregon places that has been transformed several times, much like the little valley where one branch of my family settled.  At first, men fought the trees to the ground with crosscut saws and whipsaws. Once those Monster Logs were gone, the forests were bruised from their passing, but still, there was forest.  Technology changed – enter the chainsaw and the gasoline engine.  In the boom years, logs flew by on roaring trucks, huge logs, maybe only three to a truck.

I remember the first time I saw a logging truck in Georgia in the 1980’s, with dozens of piddly, skinny logs roped to the truck. I smirked, “You call that a log?  We have REAL logs in Oregon.” And then I flew back home, and saw the mountains from the air for the first time…  Industrial logging techniques  had morphed into clear cutting, and little was left but eroding scars.  A fringe of trees was left standing at the sides of the highways and on the ridge tops, leaving us down in the valleys with our illusions of forest.   The “real logs” were quickly becoming history, the forest had become “managed” timber lands.

That old clearcut above that little ranch in Harlan seemed so familiar, though I had never been there before.  It was beginning to green up as the red alder and blackberry moved in.  Life is returning.  But my gut tells me that every clearcut diminishes the potential for recovering the diversity of life in a forest, and the legacy of that land will never be as rich as it could have been. 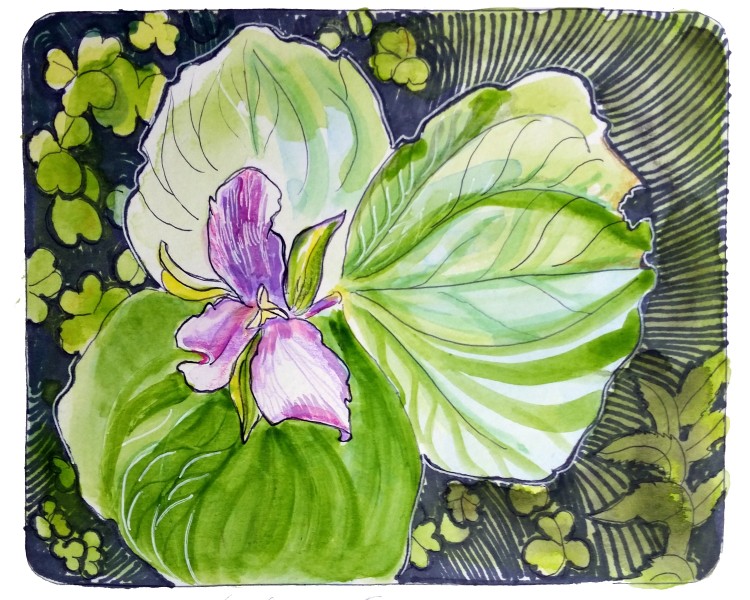 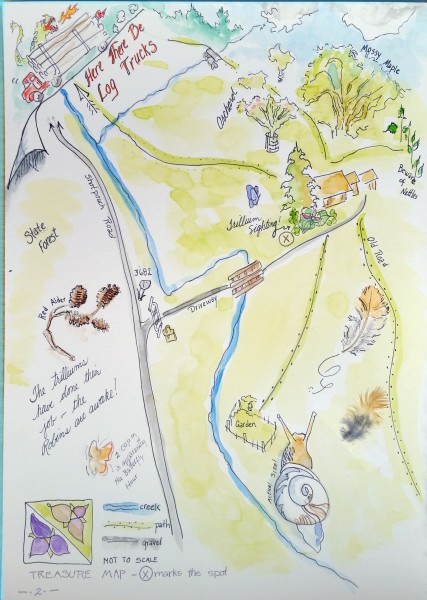