Geese are reliable, to a point.  They fly in V formation.  Pretty much.  They migrate every autumn and spring.  Except the ones who decide that life on the golf course year round is way less work.  They are majestic flyers.  Mostly, aside from those awkward landings now and then.  I suspect that they post sentries, so most of the flock can relax and poke around in the mud — I saw it at least once, and tried to capture it “en plein air”, as shown below.  What you don’t see here is that these guys were around the edge of the marsh, but several hundred yards north were literally thousands of geese.  They were all about 1/4″ apart, gabbling excitedly in the shallow water… until with a roar they were suddenly all airborne!  Didn’t manage to capture that…!! 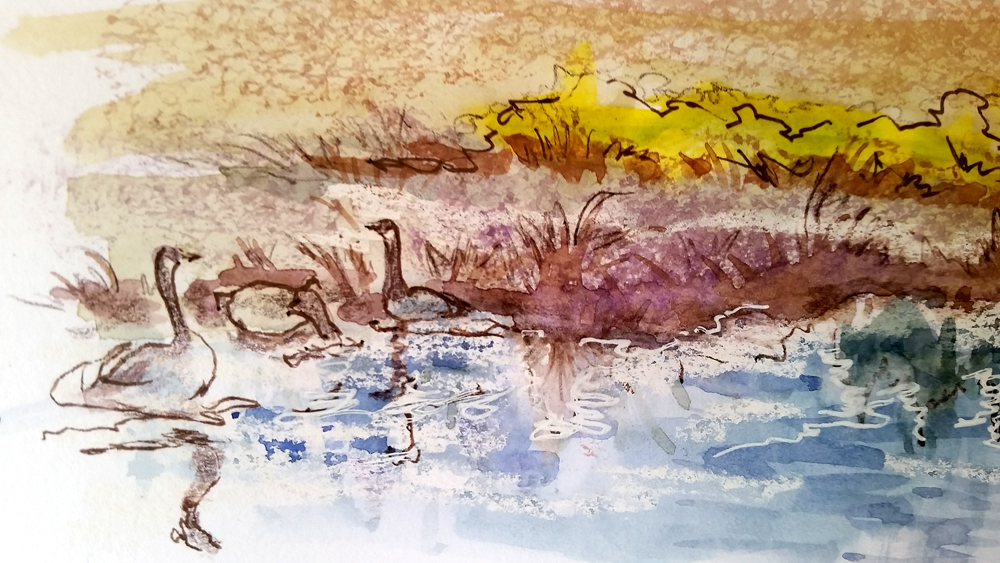 Ducks I know less about.  When I hear them communicate out at Finlely, I am reminded of the Three Stooges laughing, “quwhack-whaa-whaack!” The one thing I’m really sure of about ducks is that their wings flap really, really fast when they fly.  I also know that they leave terrific footprints in the mud, and the traditional quilt pattern Ducks Foot in the Mud is based on the simple geometry of their webbed feet. 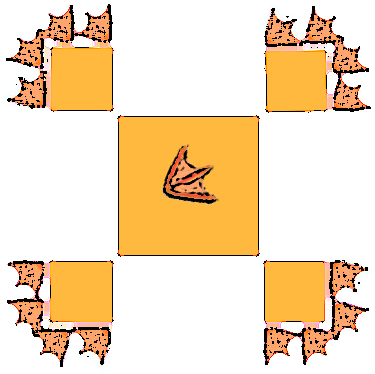 Purists may look at the painting below and note that the quilt pattern in the border is about ducks, but there are no ducks in the painting.  What you don’t see is all the mud where the cattails grew, and there were bound to be some duck (or goose) prints in that mud, so technically we’re OK.  Call it artistic license! 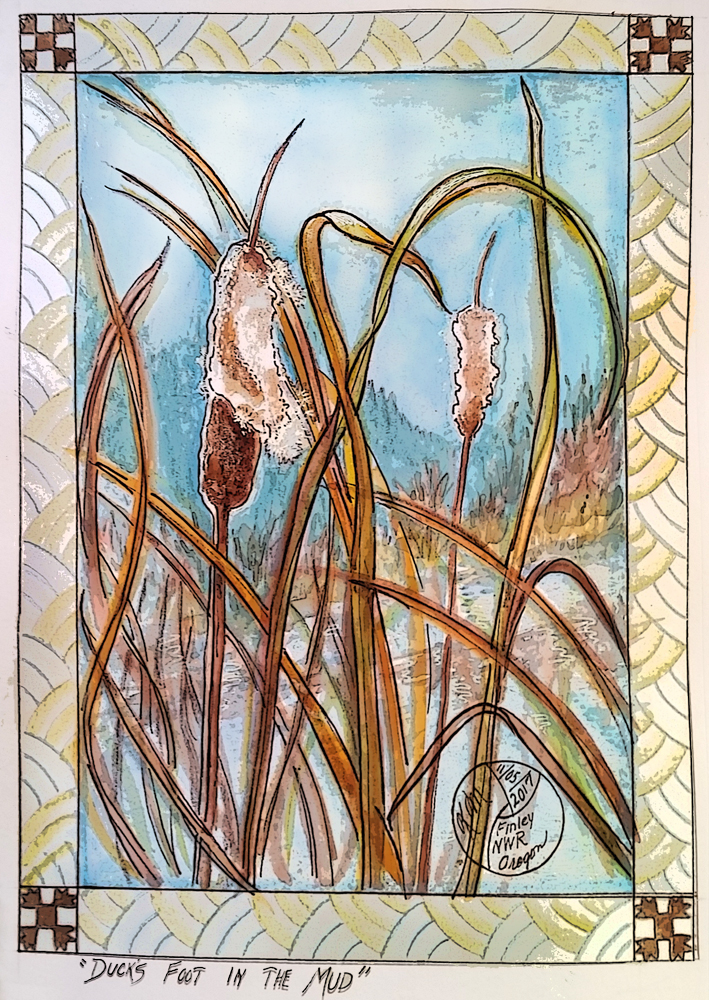 Speaking of technical, below is the progression of my paintings.  The final one above was Photoshopped using the Poster Edge tool, which gives it a bit more texture than the one in my sketchbook. 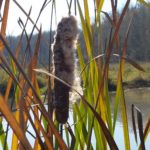 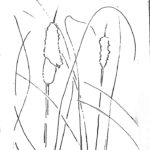 Line drawing of cattails in marsh 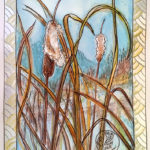 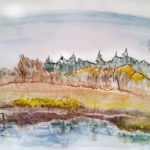 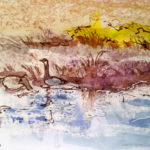