Trump is a danger to the planet and every creature on it.  Pandas are seriously endangered, with or without the rest of the planet. 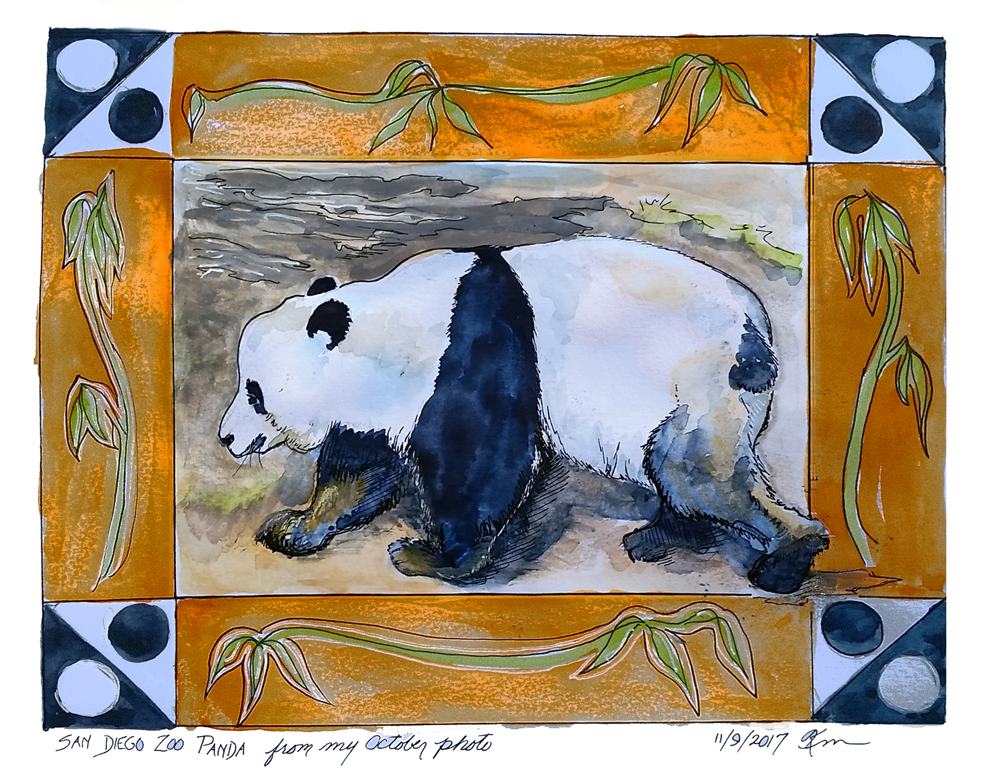 Black and white is a difficult combination to work with, artistically speaking.  It’s hard to keep one from overpowering the other in a work of art.  After I painted the border for my Panda, my first reaction was, “Oh, boogers, those diangles in the corners are too strong…”  But the more I looked, the more it became apparent that their strength was useful to impart the feeling of being caged in a zoo.  They provide visual imprisonment, preventing your eye from leaving the enclosure, just like the bears are physically imprisoned, walking round and round and round on their pigeon-toed paws.  Don’t get me wrong – I fully understand the need for protection and research, but that doesn’t mean I don’t wish for a world where humans weren’t wreaking such havoc with our planet, where pandas were safe in their own environments.  Maybe that’s why his hind foot is ever-so-slightly outside of the border…

Trump is in it for the money and the power.  Pandas are in it for survival.  I am THIS close (holds up fingers with no space between) to wishing we had a panda for president instead of Trump.  It would be way cheaper just in terms of the cost of golf weekends, or making sure the Tweets weren’t being hacked by Russia, China, North Korea, &/or the teenager down the street.  Pardon the rant.  It’s been a year.