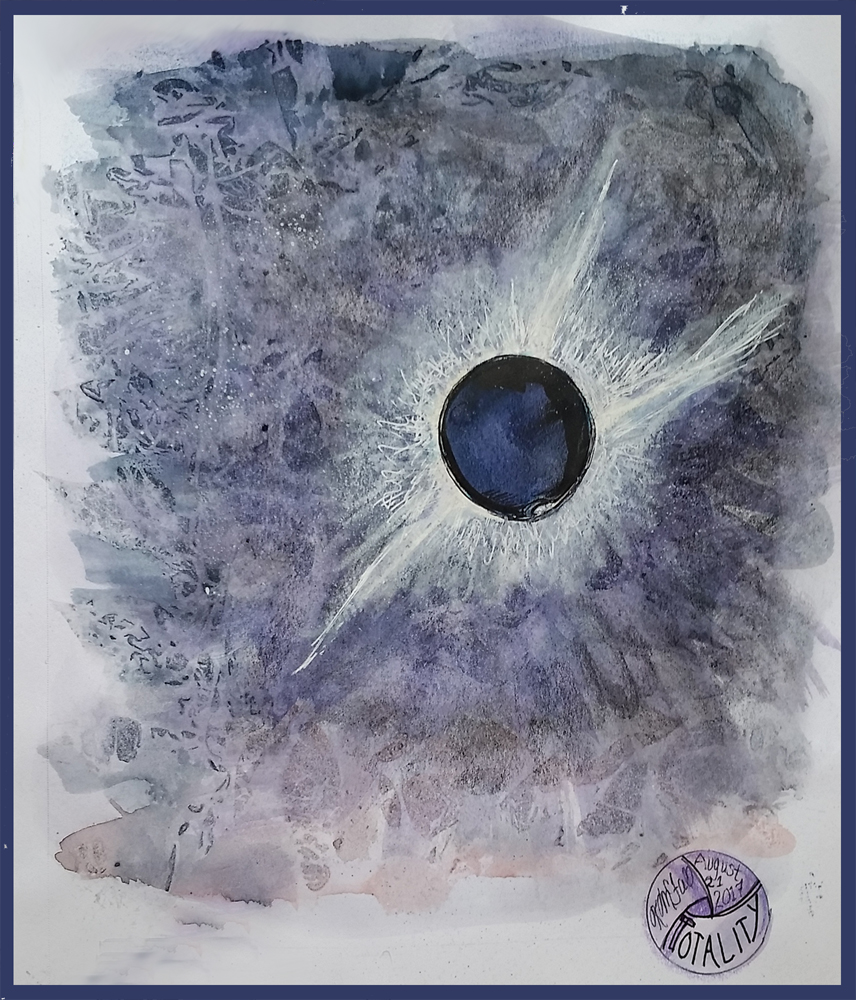 “Totality, The Real Deal”, mixed media by Kerry McFallA few weeks back I imagined what the eclipse might look like, and posted my painting here.  Today, I saw the Real Deal.  Totality at 45 degrees latitude.  Magic.  Wonder.  Awesome in the truest sense of the word.  But I’ll never know what the fish did during the eclipse…

One second I was fiddling with my eclipse “shades” trying to figure out where the sun had gone.  The next second the park filled with gasps and sighs.  I pulled off the shades, and was speechless.  Right up there above our redwoods, above our playground, above us tiny mortals, there were three huge spikes in the glistening corona.  The sun had hidden her face and donned her crown.  If I had been a primitive woman, I might have recognized an ancient symbol, maybe a celtic triskele foretelling my reincarnation as a goose, or a Norse symbol for Odin’s Triple Horn.  But being the creature of my own experience that I am, the first thing that popped into my head was a car logo… Cadillac?  Packard?  Oh for crying out loud.  I scolded myself.  Then I thought that maybe had I been Native American a few centuries back, would I have seen a wolf or a coyote?  Or, scary as it was, as an early Christian would I have seen the devil…  Then boom some idiot set off a few fireworks, which pulled me away from going down that mental path.

And then I got caught up in the chill of the moment — it really did get chilly.  And caught up in the thrill of the moment: Oh My God it’s really happening!  It was dark, “adult dark” as we called it in our family – time for the kids to come inside, but the kids always protested it was still light enough to play outside.  Street lamps flickered.  Elderly neighbors across the park turned on the lamps in their living room.

I was thinking about how I would paint this scene.  This was a dark that wasn’t the right thickness somehow…  There’s a star!  And another!  Moments later the three spikes were out-sparkled by a new pearly bead on the bottom right of the crown…

Everyone sighed.  There was a general kerfluffle as we had to put those pesky shades back on to see what was happening to the spikes.  Poof.  They were gone.  There were calls for instant replays, complaints that no way was that two minutes.  More sighs, sighs of satisfaction.  Sighs of gladness.

Some experiences live up to expectations and go beyond.  Like the color of the water on Hawaiian beaches, the totality of a solar eclipse goes beyond what we were led to believe.  I don’t want it to be over.

Editing a bit at 6:30 p.m., still Eclipse Day:  after seeing some photos by photographers in my area, specifically Christine Paige  , I edited the original (below) to widen the spikes a bit, also the corona.  Even so, I was pleased to have gotten as close as I did from memory to the general layout of the corona! 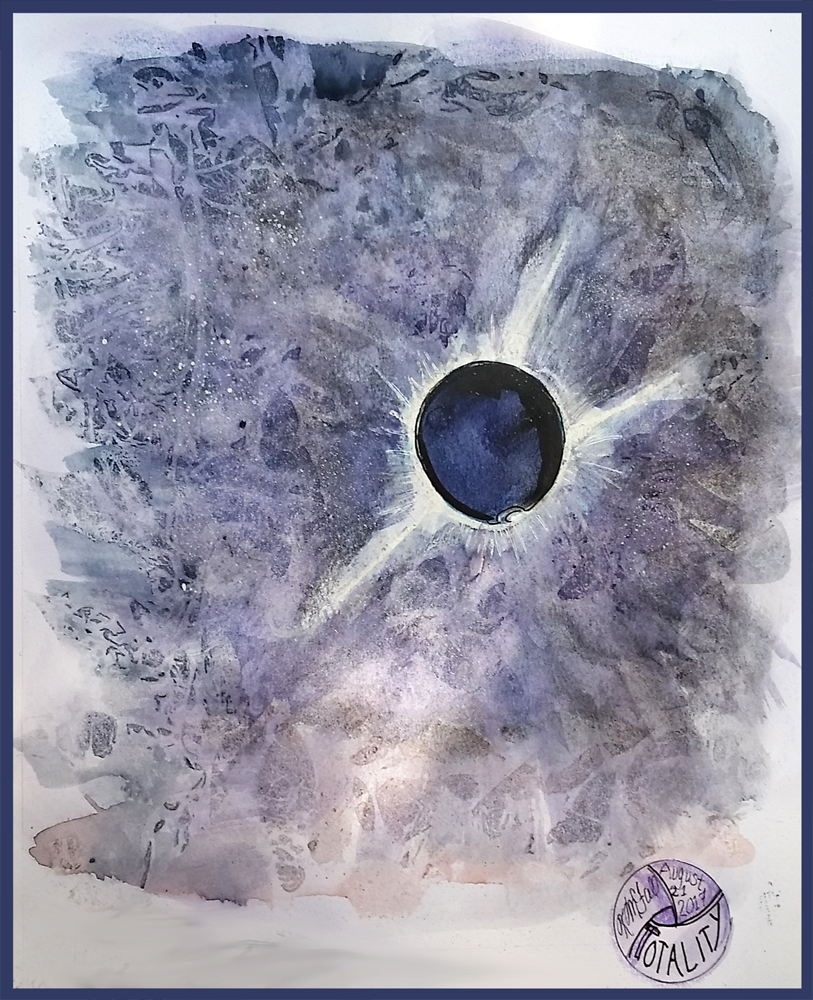